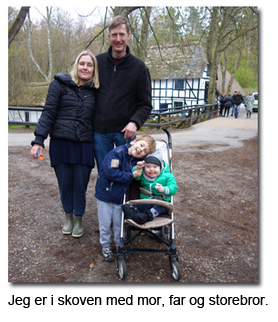 Citat 2
But so many myth surround mongolism that when I say mongoloids can be made normal, people literally scream that such a thing is impossible. So you see, the main problem is that we are programmed to seek defeat with mongoloids. In years past, it was believed that the brain of a mongoloid was deficient, and therefore its function could not be improved or enhanced. We believed this because the mongoloid brain does often look different from what is considered normal (s. 161)….This attitude has categorized, victimized and ostracized mongoloid children. It is not only a great sadness – it is an insanity (s. 162).

Citat 4
If this procedure becomes widely utilized, it has the potential of becoming the purest and perhaps the most efficient form of genocide the world has ever known. If we had decided years ago that it was humane to kill mongoloids at birth, the problem could have been solved as effectively. Many primitive tribes do away with children who are defective at birth. What is really the difference in killing these children before or after birth. Does it really become more moral? More humane? Or is it simply more legal? (s. 168).

Citat 5
I have spent the last sixteen years of my life – seven days a week, eighteen to twenty hours a day – living intimately with brain-injured children and their problems. I can never understand how some doctors can make the most devastating predictions about a child’s life, and yet I hear such predictions time and time again (s. 170).

Citat 6
In many ways, mongoloids are often in much better physical and mental condition than many other brain-injured children. Mongoloids are not so crippled as atheoids. Their actions are not as repetive as are the autistic child’s. Their muscles are not rigid, and in most cases mongoloids are very bright children (s. 172).

Citat 7
If the plumer should think that I am stupid because I do not know about pipes, and if I think he is stupid because he does not know about eyes, then we are both wrong. Perhaps the greatest stupidity is to think such things about each other. It is the same with mongoloids. The gross stupidity is not in them, it is in us that we have thought them stupid. The truth is, most mongoloids are very bright children who happen to be brain-injured (s. 172).

Citat 10
If a normal individual is plunged into a wild environment and abandoned to his own devices before the full development of his nervous system, he will take from his environment his habits and his knowledge of life. If this is so, how can we then create a special environment for mongoloids, autistic children, or brain-injured children? These children, whose nervous systems are not yet organized, who have neither understanding nor normal behaviour, cannot live in an error-filled environment. In creating such institutions for these children, we will make the mongoloid child more mongoloid, the autistic child more autistic, and the brain-injured child more brain-injured. It is time that the world woke up to this problem (s. 177-178).

Citat 13
Why doesn’t the mongoloid progress in a normal environment with normal stimulation? Because he is injured. Like other brain-injured children, he needs more, more seeing, more hearing, more feeling, more tasting, more smelling, more mobility – more everything (s. 179).

Citat 14
Is there such a thing as normal? I don’t want to play word games. When I say normal, most people know pretty well what I mean. When a mother says to me that she prays that one day her child will be normal, I do not ask what she means by normal. I have more than a good idea what she means (s. 179).

Citat 15
When should parents create accelerated environments for their children? If possible when they are born. The early years of the mongoloid’s life are his most important ones, for it is during these years that he is learning and developing faster than he ever will again. Too often we see pictures of a mongoloid child sitting down, looking listless and dumb. It’s such a waste. If parents make a stimulating and exciting environment for their child, he no longer sits and looks listless. Instead he becomes active and more eager to learn. I know, because I’ve seen this many times (s. 182).

Citat 16
We often find that mongoloids do not do so badly during their first years of life. In fact, their development is only slightly slower than normal babies. However, in later years, we see the mongoloid’s development become slower and slower, and we see him become stranger and stranger. It is a fair and honest question to ask whether the mongoloid would develop this way no matter what or whether he becomes slower  and stranger because we not only allow him to but expect it of him? (s. 182).

Citat 17
[….] it appears that most mongoloids are able to take in information at one level of development higher than they are able to perform. They are usually one level brighter than their actions might indicate (s. 184).

Citat 18
What would the typical therapy program for mongoloid child be? [….] We would probably have the child crawl for three hours each day and creep on his hands and knees for three hours. He would be patterned five times for five minutes at a time. We might start ad brachiation program. There would be eye exercises and tactile and auditory exercises. And of course, the parents would teach the child to read. [….] How soon would you expect to see improvements? In about two month (s. 184).

Citat 19
What one thing do mongoloids need most? Disipline. I cannot believe how some mongoloids are allowed to behave. Sometimes a mother brings her child to my clinic and within minuts the walls are shaking from the noise coming from this child’s mouth. The child misbehaves, and the mother sits with a sad smile on her face and says, “What can I do? He does’nt know better”. [….] It is crazy to think that a lack of discipline shows that we love these children. Normal children must learn discipline. Why would anyone ever think that hurt children should not be restrained or taught how human beings are expected to behave? (s. 194).

Citat 21
Don’t feel obligated to explain to anyone about your child. Don’t be defensive. Every time someone asks questions, emphasize the normal conditions of your child, because if you don’t, then you are perpetuating the idea that mongoloids are strange people. The public must be educated to the normalities of these children (s. 197).

Citat 22
When the parents of a mongoloid child believe that he will one day be normal and begin to treat him like other children, then his chances of becoming normal are greatly improved. The goal for our mongoloids is normality and nothing less (s. 199).

Citat 25
If the world says it’s impossible for brain-injured children to get well and only one child gets well, then the world is proved wrong. From that point on, such negative statements are either mistakes or lies (s. 200)